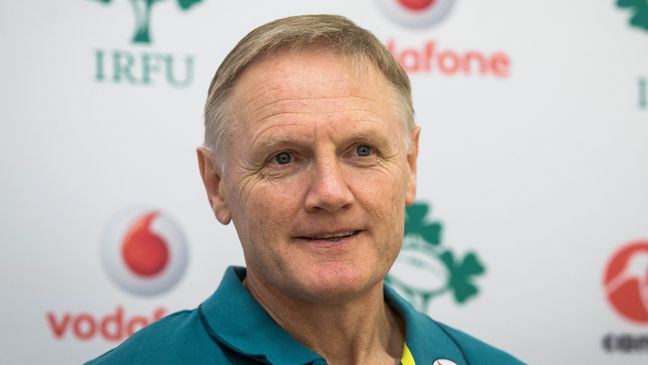 There’s no humble way to say this. Joe Schmidt is a fan of Trust Rules. That’s ‘Joe Schmidt’ the God-like walks-on-water Head Coach of Ireland’s Rugby Six-Nations Grand Slam winning team. I know this because The Sunday Times wrote about it last week. I’m flattered and thrilled beyond words. Naturally.

I’ve spent the last few days trying to figure out how to strike the right balance between accepting the recognition with quiet modesty (“What’s that? Joe Schmidt? Yes, I did hear something about that…”) and shouting it from the rooftops (“JOE SCHMIDT LIKES MY BOOK”). I’ve given up on the former. I’m a fan of Joe Schmidt. Joe Schmidt is a fan of Trust Rules. You can read the Sunday Times article here and I’ve included a photo of it below. 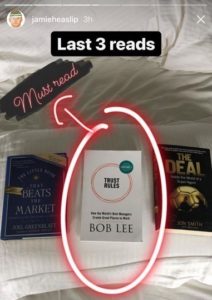 I had absolutely no idea that Joe has been recommending the book. When Peter O’Reilly, the ST’s Rugby Correspondent, contacted me last week about doing a piece on ‘Joe Schmidt and Trust Rules’ I initially suggested that he was mistaken in his belief that Joe was a fan. Jamie Heaslip – that other Leinster, Ireland, and Lions legend – had shared Trust Rules on his Instagram account and I suggested that might be the source of the confusion. But Peter insisted that Joe had been enthusiastically recommending it, and a little digging on my part found that he had first talked about it at last October’s HRX17 High-Performance Exchange Conference, organised by Sports Ireland Institute. And he has recommended it personally to a number of people since then.

Why does Joe’s praise count for so much with me? Well, he’s probably the best, and most-successful manager in Ireland right now. Not just in rugby, but in anything. His attention to detail and determination to ‘get it right’ is legendary. He also insists on clarity and simplicity. When I set out to write Trust Rules I had a very clear vision of a short, simple, straightforward book that would set out the rules that the world’s leading managers follow. Short, sharp, and to-the-point. It was a lot harder than I had expected – I wrote almost 100,000 words before eventually whittling it down to 27,000. It was a huge challenge – given that I’m a man known to never use one word when ten will do!! So, the fact that Joe picked up on the simplicity and clarity is – for me – the ultimate endorsement. And also, because I don’t know him and have never spoken to him, I know that he must genuinely like the book on its own merits.

I’m a fan of England’s Eddie Jones too, but he hasn’t been in contact with me yet. I’ll be delighted to send a copy on to him if he’s interested – but maybe I’ll wait until after next year’s Rugby World Cup. Ireland to beat New Zealand in the final. Trust me!

This is why you’ll break promises today that you don’t even know you’ve made
July 17, 2017